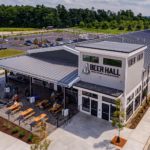 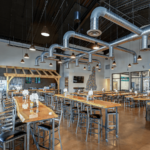 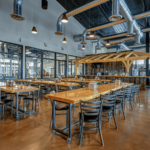 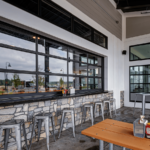 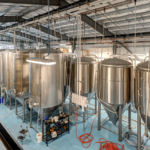 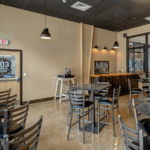 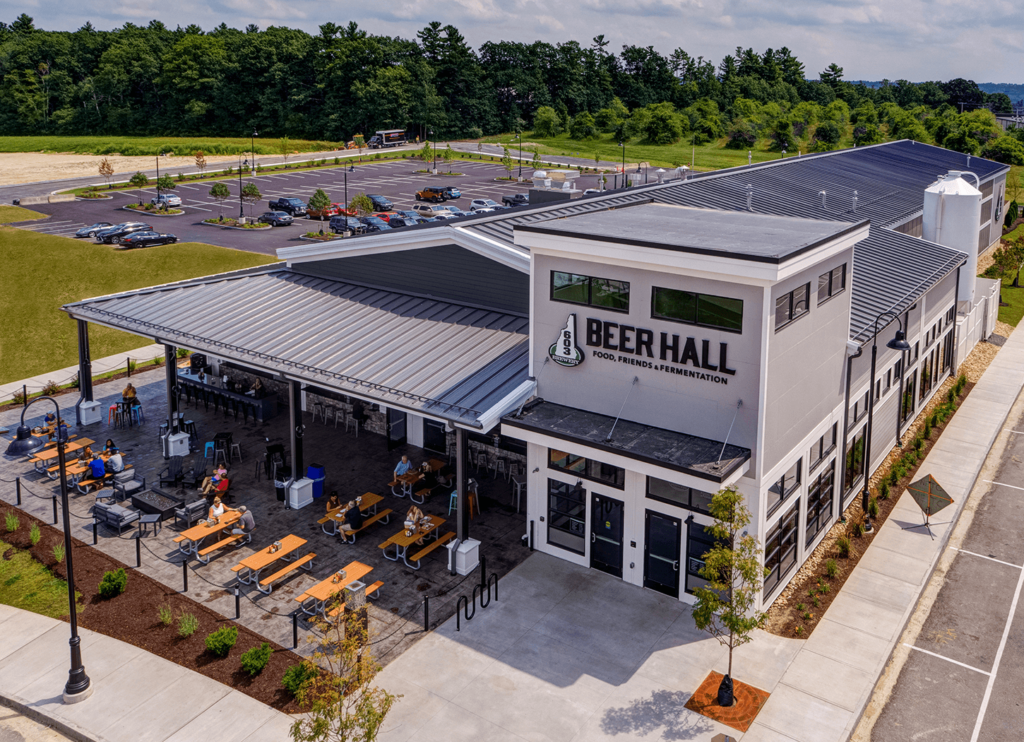 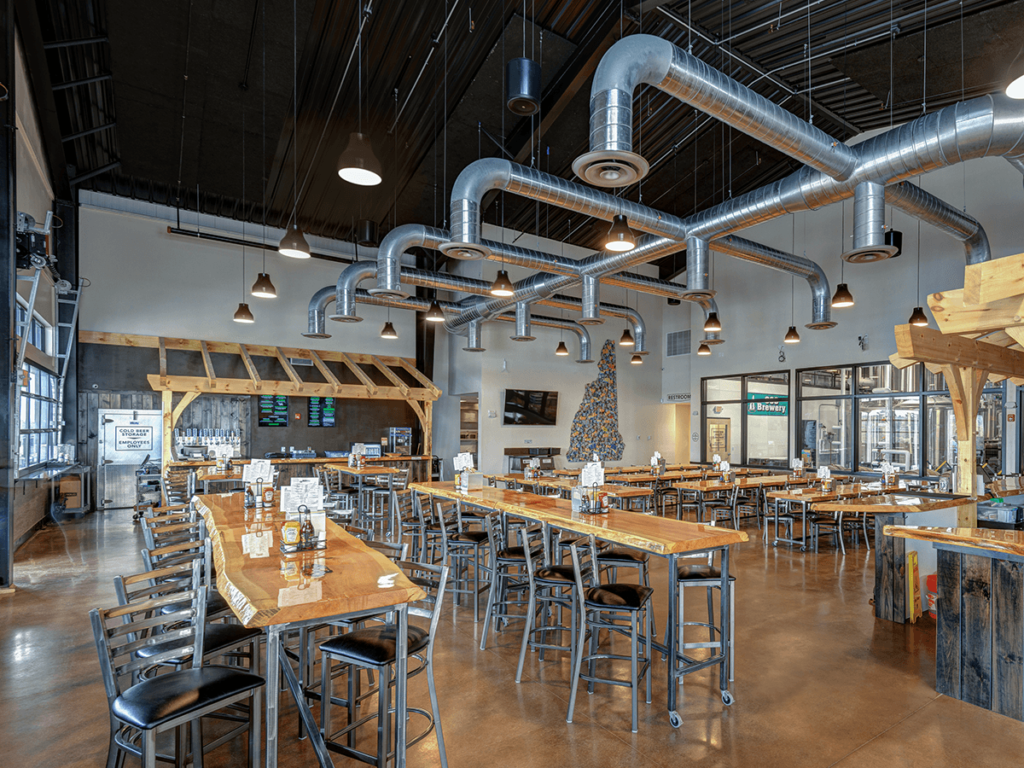 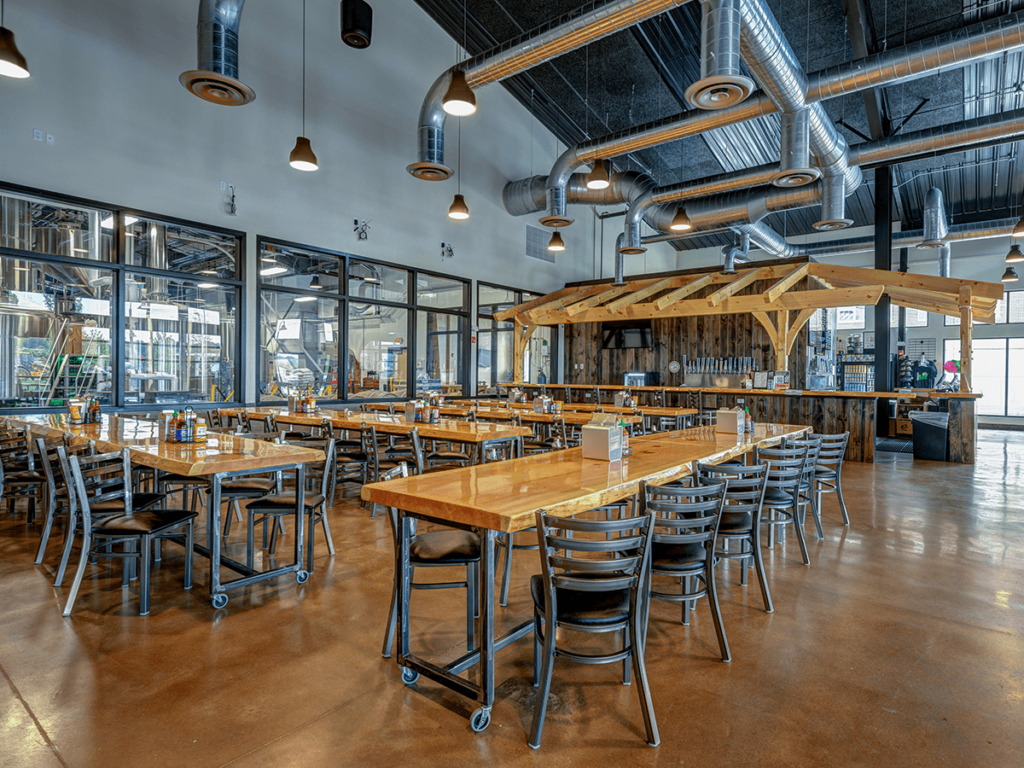 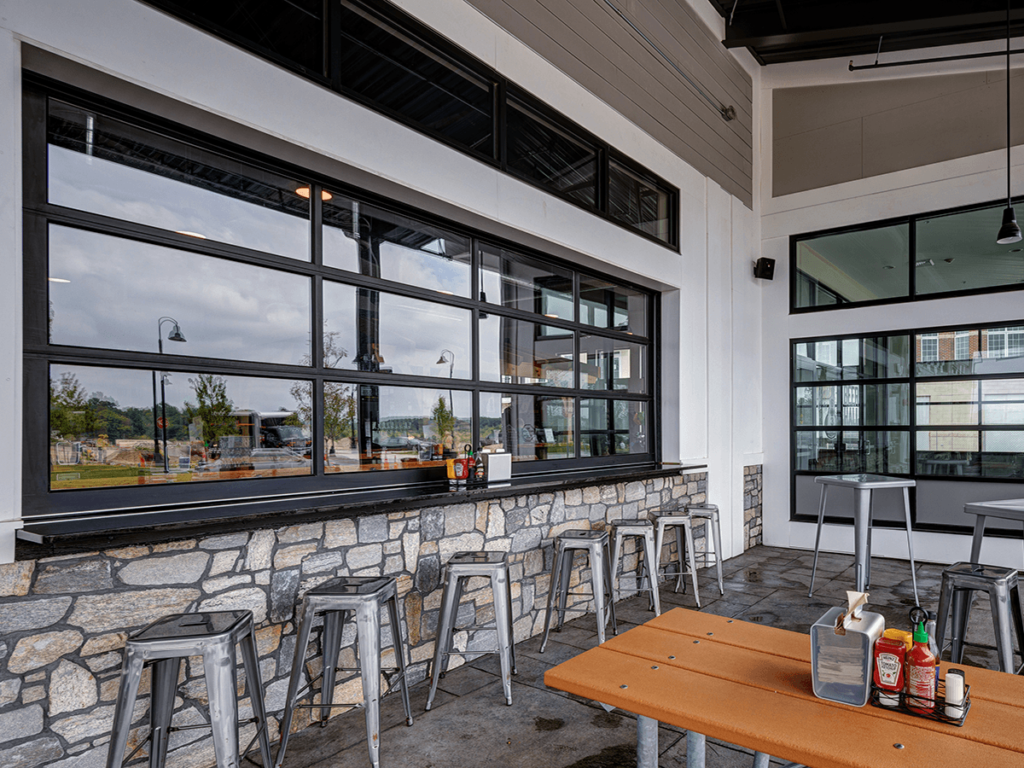 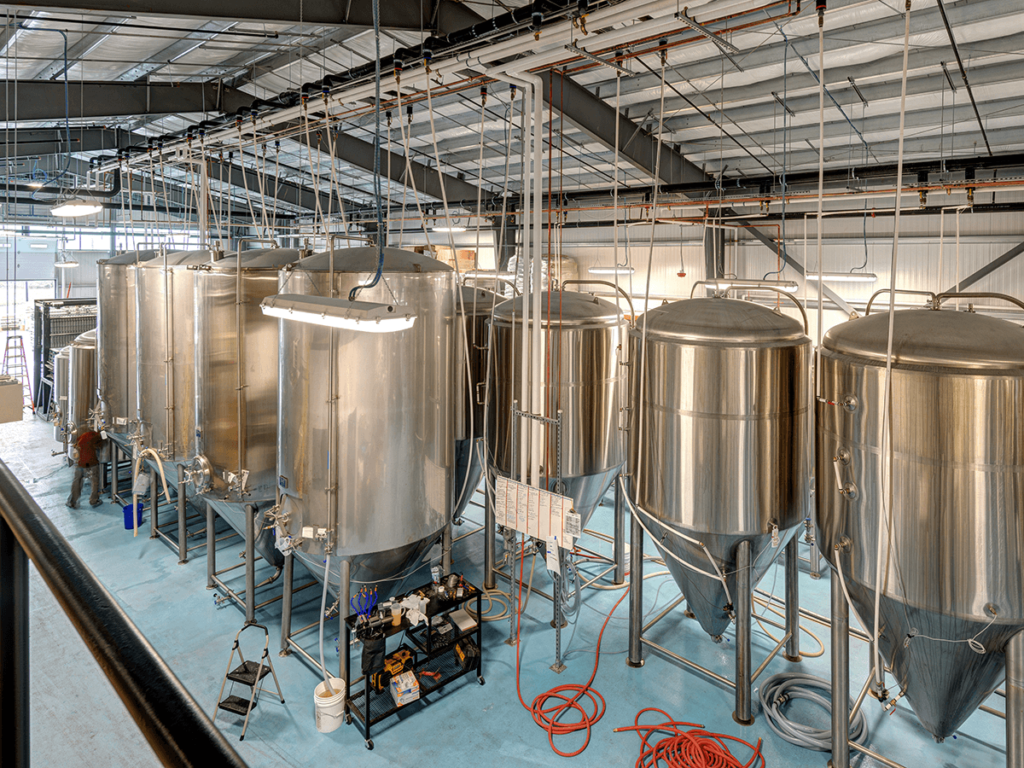 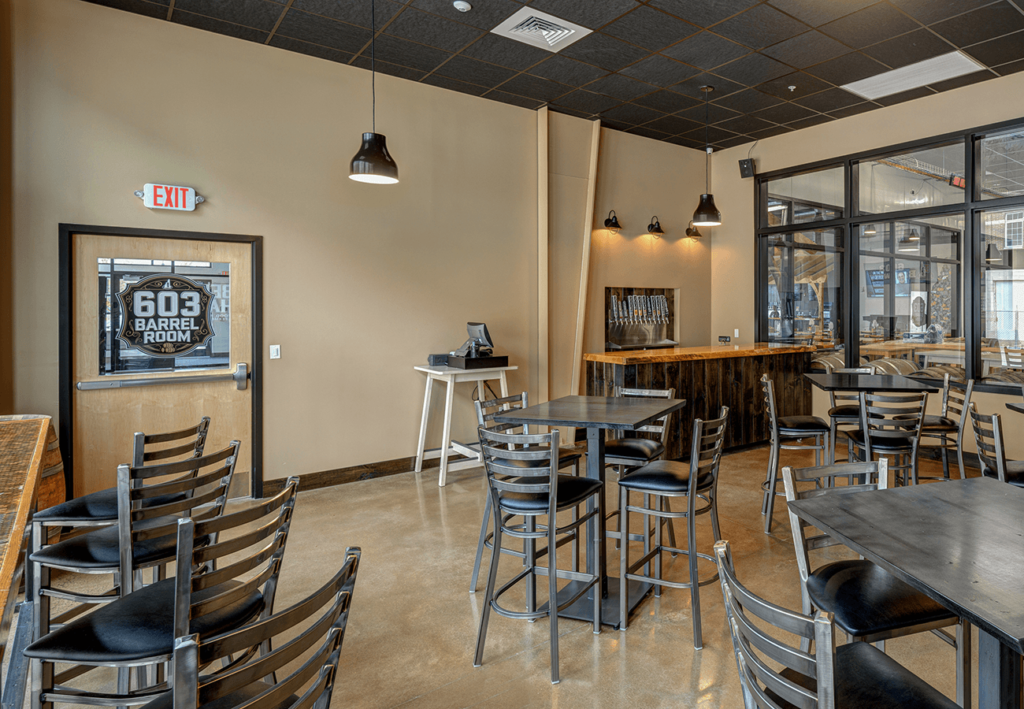 Harvey Construction, McHenry Architecture and TFMoran, Inc. worked together to develop a new building for 603 Brewery. The new building, based in Londonderry, NH, features a main brewery and a beer hall.

603 Brewery is the first building to open in Londonderry’s new Woodmont Commons village – a planned unit development (PUD) that is being led by Pillsbury Realty Development. This urban village will eventually include and 80 square acre community of restaurants, apartments, retail locations, and of course, one great brewery.

The new building is a relocation for 603 Brewery, which was formerly located on Liberty Drive in Londonderry. The 18,000 square foot brewery is a major upgrade from the original 6,000 square foot building and will allow 603 to increase operations and brewing capacity. Tripling the space also allowed 603 to add components that they didn’t have before, such as a kitchen and a private event space, which should help to grow business even more.

603 Brewery’s beer hall contains two bars inside and one outside on the patio. One of the great features of the beer hall is the large garage doors that open up to the patio, merging the indoor and outdoor spaces together. Among the other unique features of the building are the large grain silo, the stained concrete floor inside the beer hall, and the posts and woodwork that were done by a friend of 603 Brewery’s owners.

In addition to working with McHenry & TFMoran, Harvey worked with a number of subcontractors on the project. Throughout construction, Harvey met with design/build team members from Eckhardt & Johnson LLC and Longchamps Electric on a weekly basis to review plumbing, heating and electrical needs. Harvey also worked with Construx, Inc. on the pre-engineered metal building section of the building.