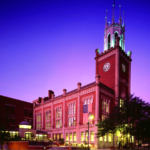 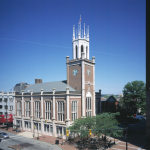 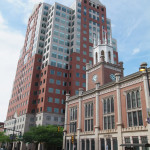 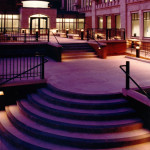 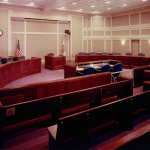 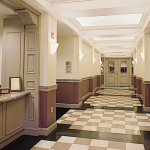 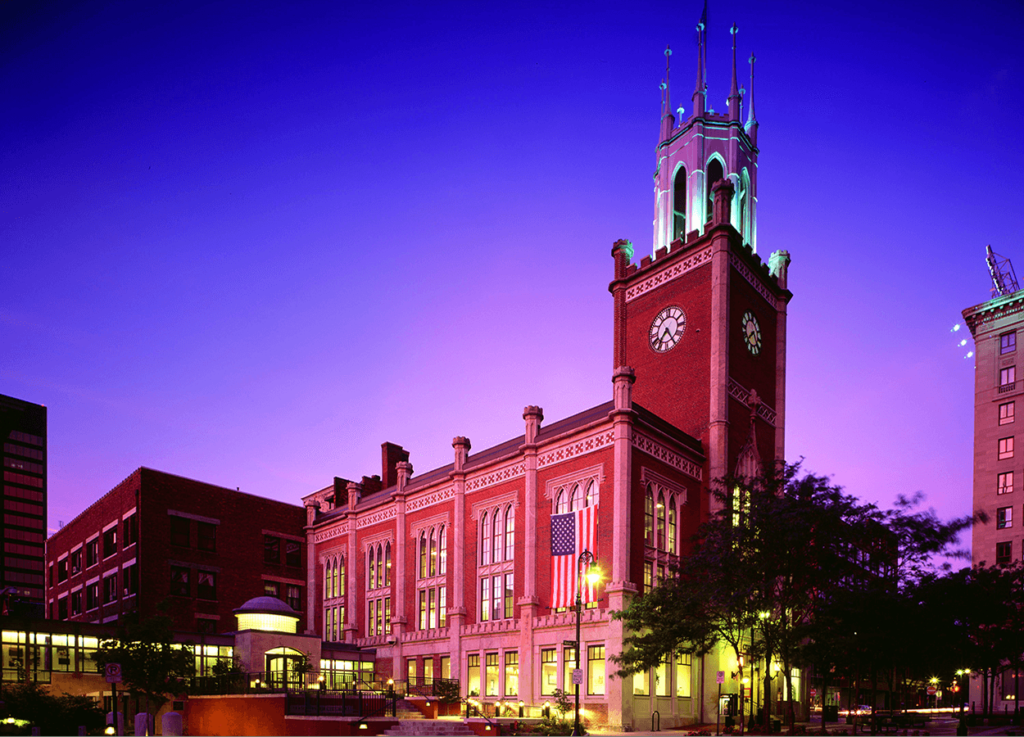 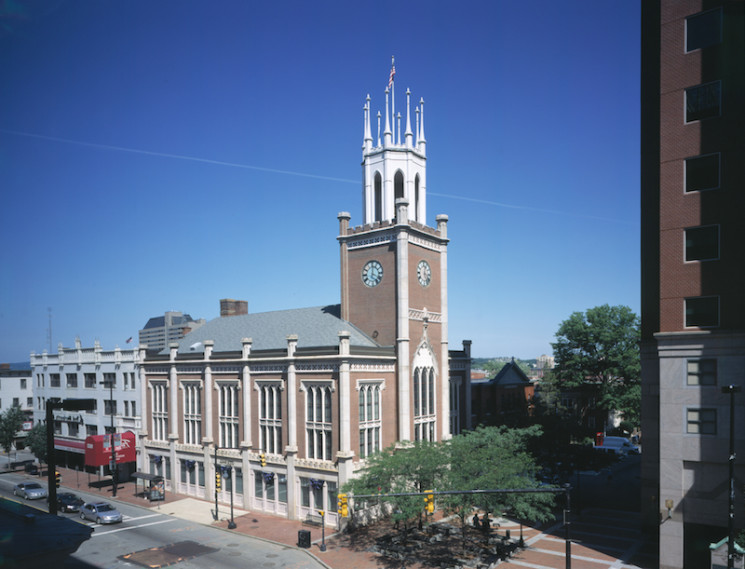 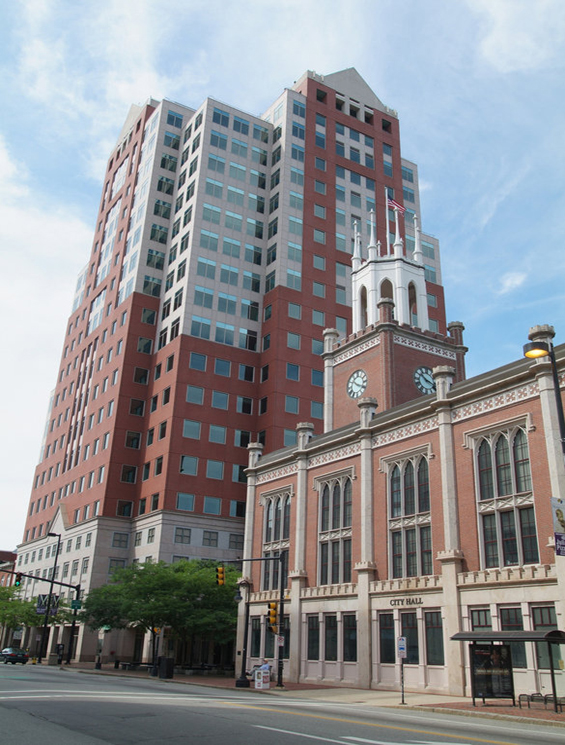 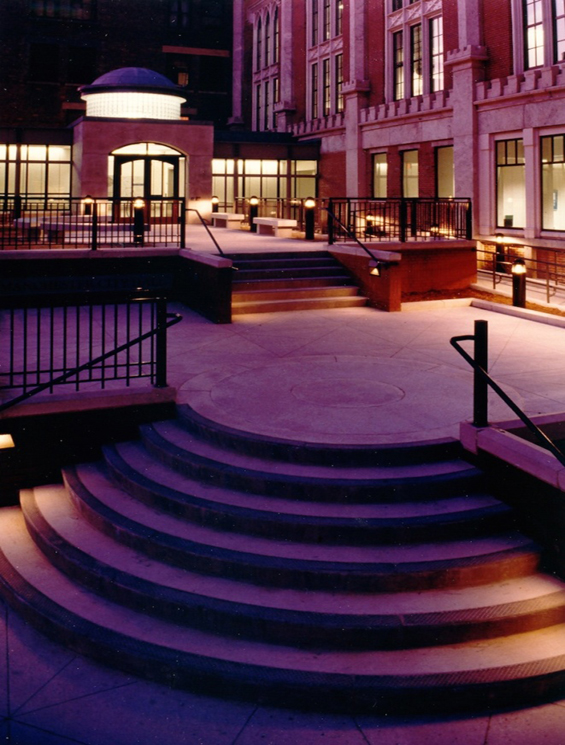 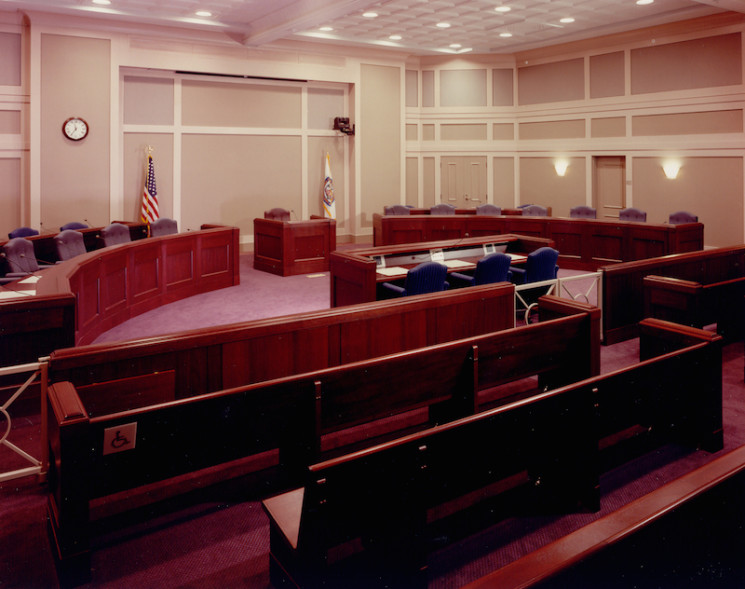 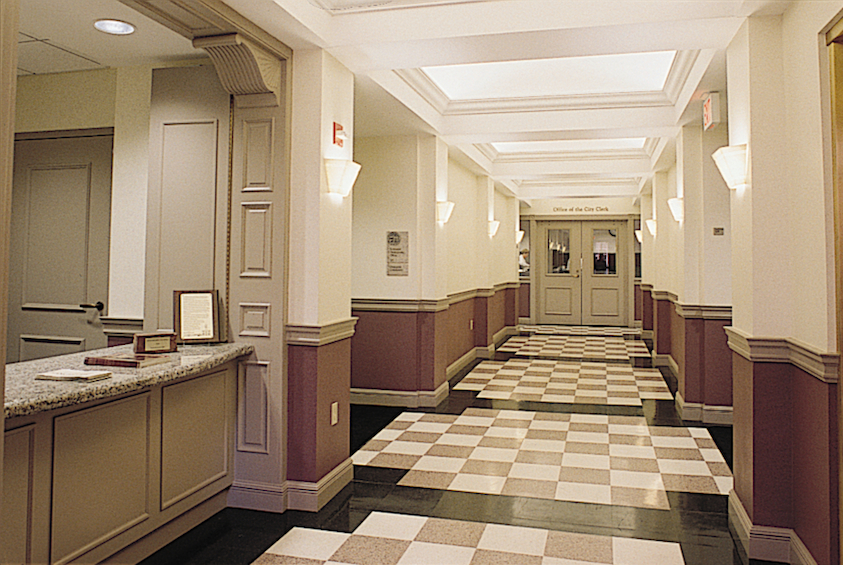 Restoration projects are, by definition, unique, and almost always complex. In the case of Manchester City Hall, the difficulties of dealing with a 150-year old Gothic Revival structure, last subjected to a major renovation more than 100 years ago, was compounded by the fact that it is listed on the National Registry of Historic Places. This added the requirement that all design elements had to be approved as conforming to that designation. The project encompassed a total of 60,000 square feet in two buildings – Manchester City Hall and the City Hall Annex (a 1904 structure) – and the construction of a new elevated walkway linking the two buildings together

Both buildings were gutted to their exterior structure, including mechanical and electrical systems. Only floor slabs and roof structures were left intact. Because of a lack of as-built drawings, the demolition uncovered an unusually large number of surprises, many requiring significant modifications to the design and severely impacting both the schedule and the budget. Also revealed were splendid charms such as tin ceilings, long obscured by suspended ceilings added during the many revisions and repairs made over the years. Each new discovery required a solution and a means of dealing with unexpected conditions that would not jeopardize the budget.