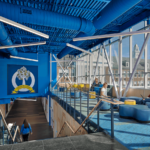 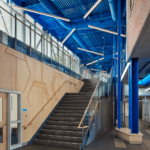 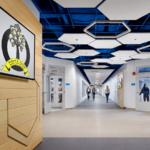 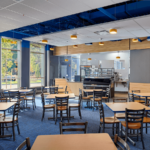 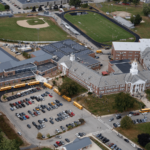 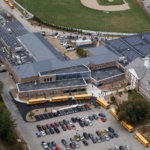 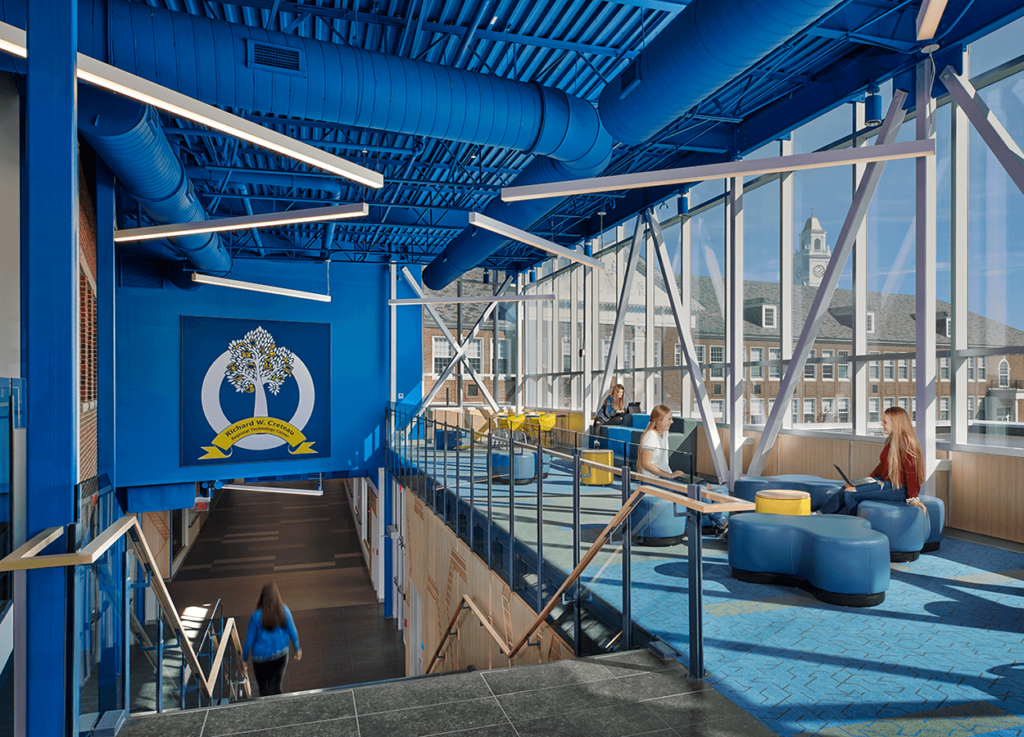 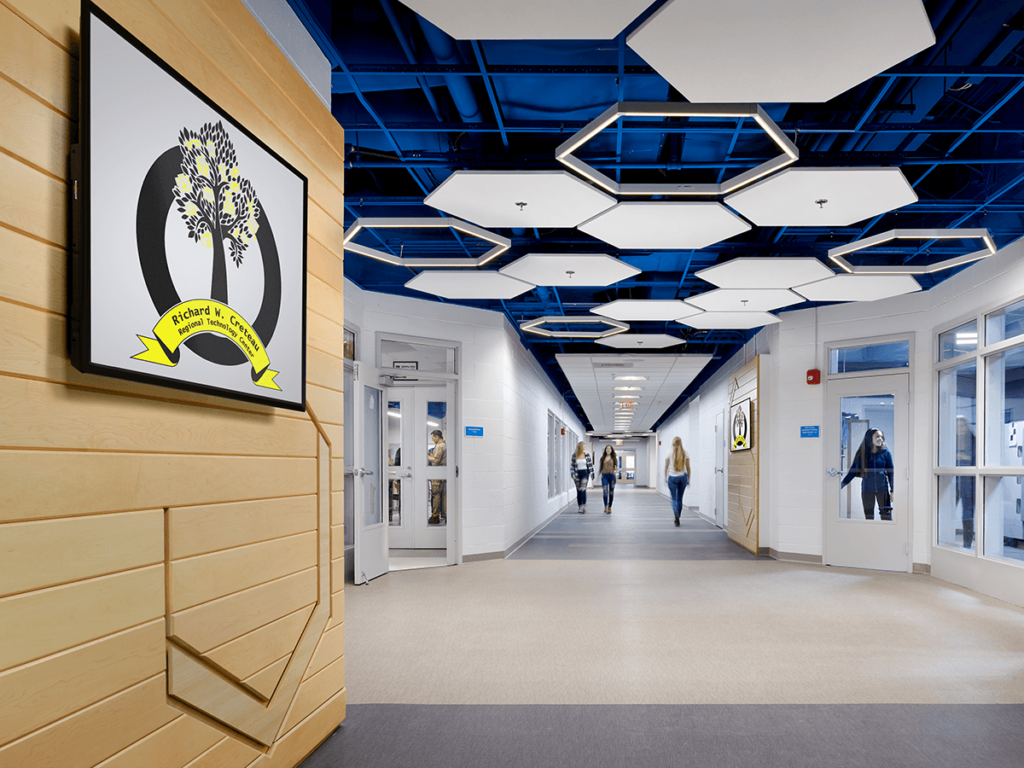 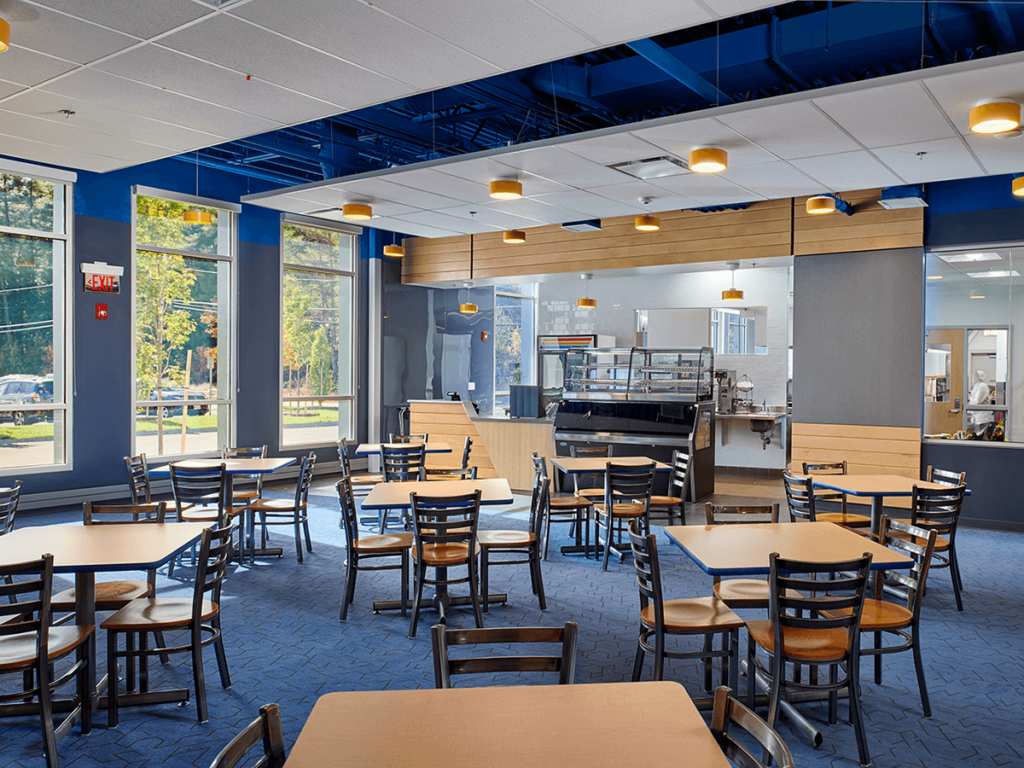 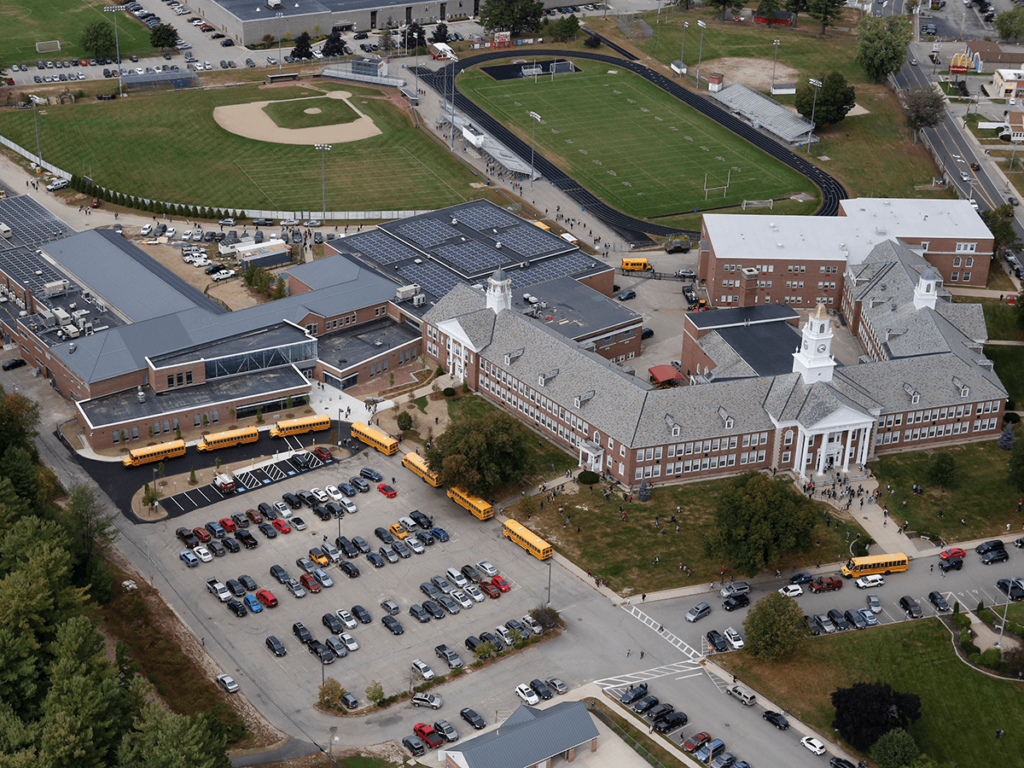 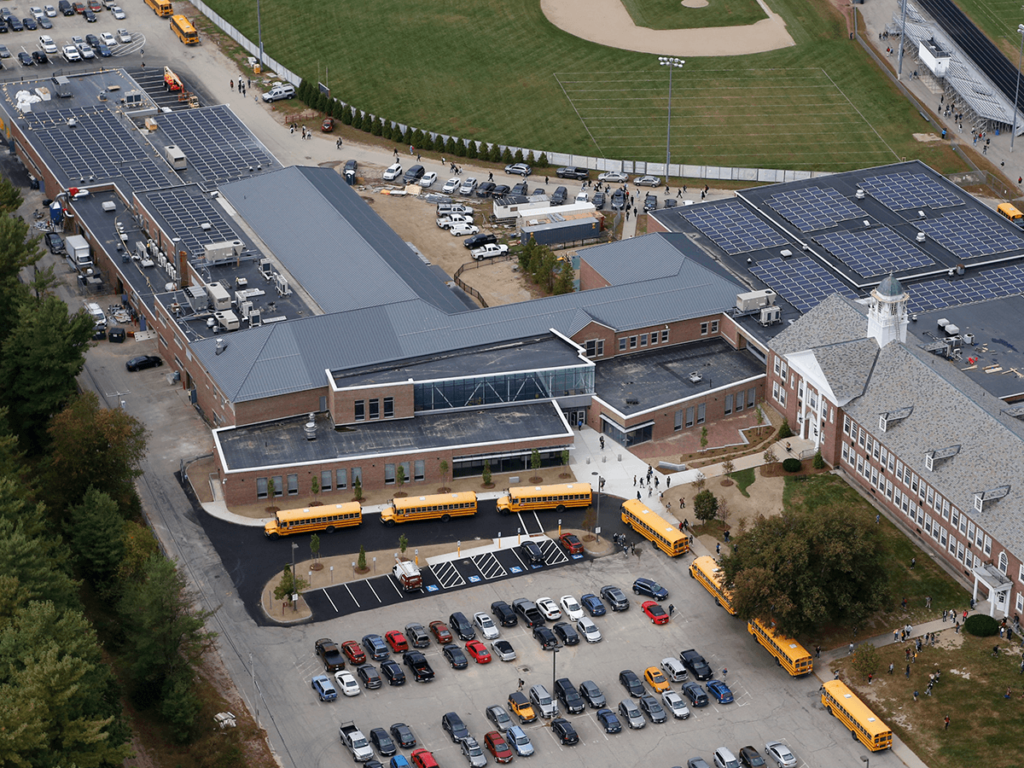 The Rochester School District contracted with Harvey and Lavallee Brensinger Architects to renovate the district’s R.W. Creteau Regional Technology Center. The CTE project, which resides at Spaulding High School, included renovations to the interior of the CTE school as well as the exterior. The original CTE entrance was demolished and reconstructed to better fit the needs of both the center and the school, allowing better access to the high school gym and providing more area for administration, gathering space, and program space for the bank and café.

The former CTE center was connected to Spaulding High School by an air bridge. But with the demolition of the existing space, the construction and design teams were able also connect the new CTE center directly to the school on the first floor, resulting in a more cohesive layout for students and staff. The new layout also allowed for an open area where students can study – something that they didn’t have before.

Features to the center include a television studio, photography studio, and an automotive shop that was enlarged with an addition off the back of the CTE. As well as classrooms for graphic design, engineering, HVAC, millwork, and so on. One of the most inventive features of the center is an 80-seat student-run café with a full commercial kitchen, which replaced the former 20-seat restaurant and classroom space.

The new two-story R.W. Creteau Regional Technology Center adds over 10,000 square feet of space to the school. While some areas remained occupied during the 9-phase renovation, the new CTE entry opened up to students in the fall of 2019 and construction was officially complete by late December 2019.