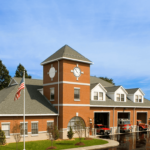 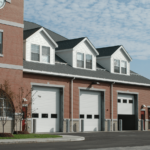 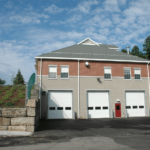 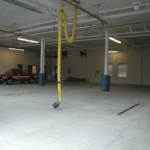 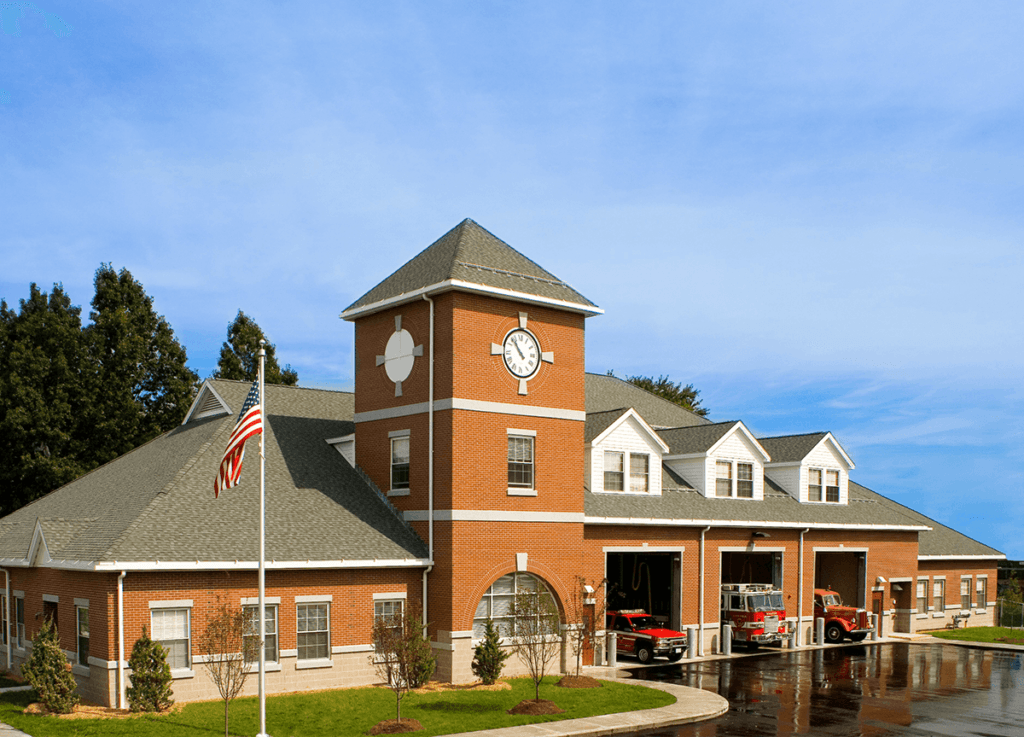 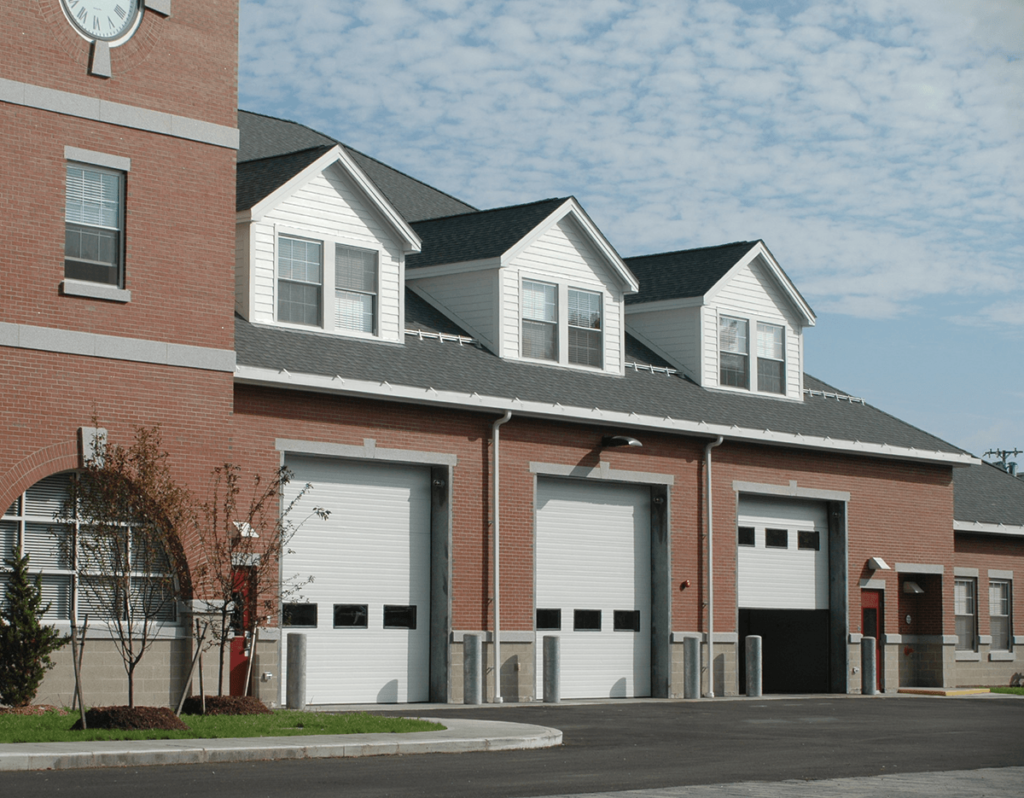 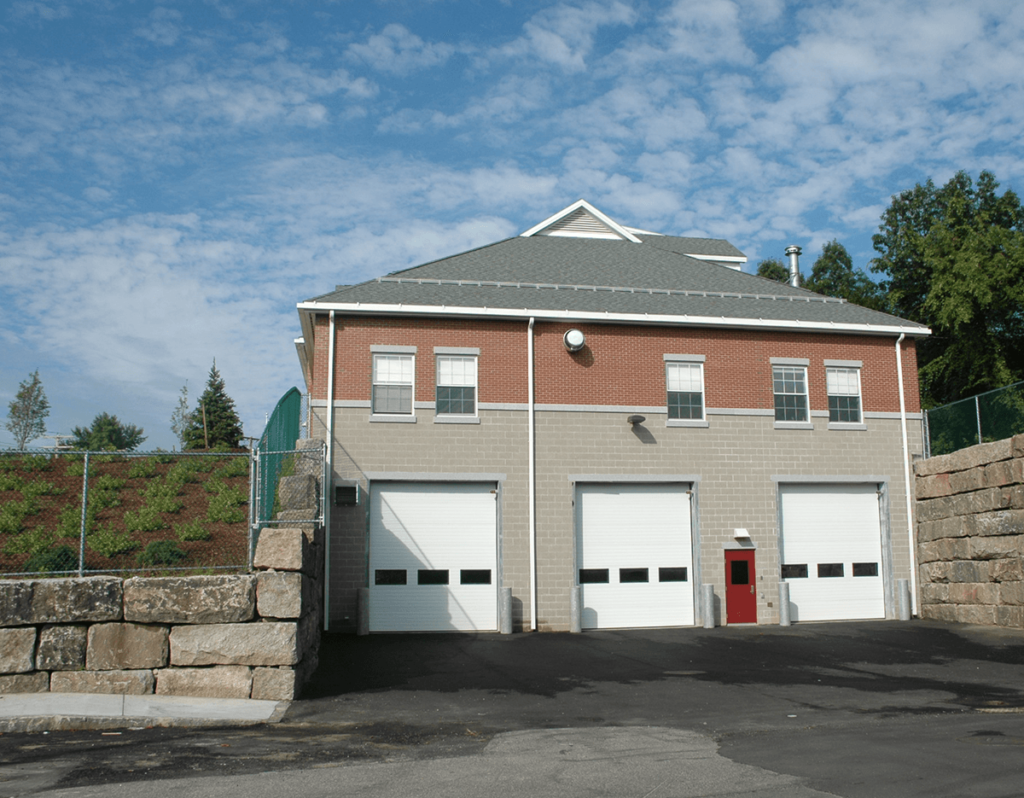 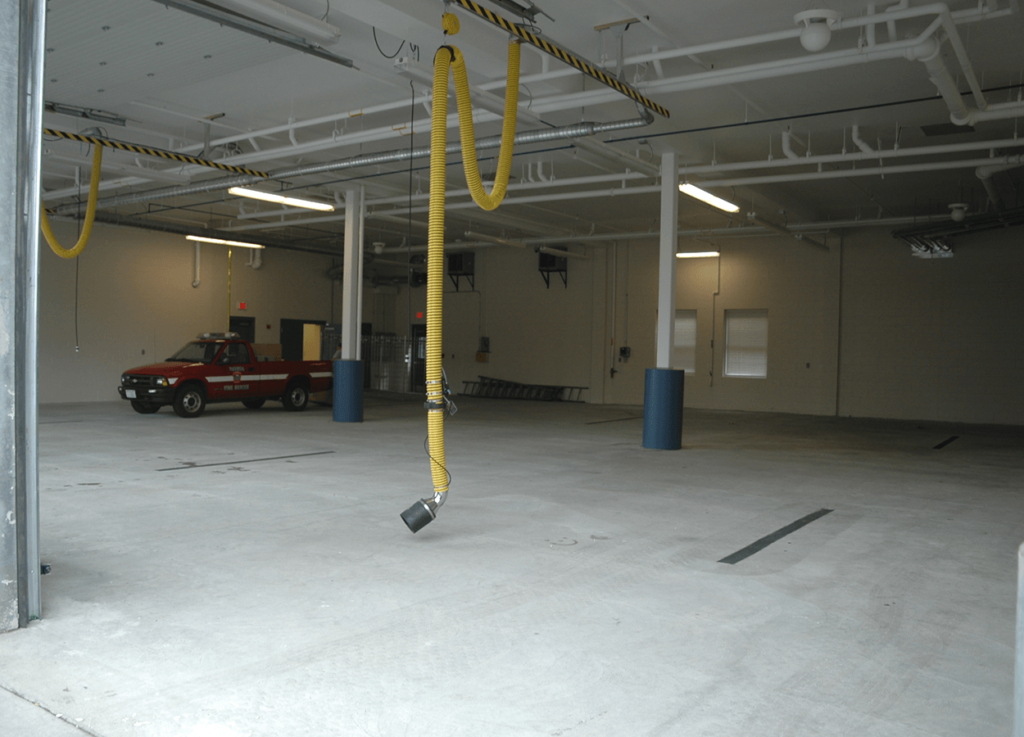 After successfully completing two fire stations for the City of Nashua in 1998 and 1999, Harvey Construction was again selected by the City to construct a new fire station in May of 2005. The existing fire station on Arlington Street was constructed in 1925 and had fallen into disrepair. The City called upon Harvey to replace the aging facility with a larger state-of-the-art fire station on East Hollis Street.

Harvey began by providing pre-construction services to the City in order to ensure that the project’s cost would remain within the City’s budget. They included estimates, schedules, value engineering, life cycle costing and solicitation of subcontractor participation. Harvey also dedicated a superintendent and project manager to keep both on-site and off-site construction management services running smoothly.

Throughout the project, Harvey worked closely with suppliers, inspectors and utility companies to overcome critical challenges at the logistically tight site. Controlling the water level on the wet site, while installing high foundation walls, was one such challenge. Harvey kept the site dry by using a series of pumps and by coordinating activities with the site superintendent. In addition, the main grid power lines and a high pressure gas line needed to be relocated, a difficult process due to the site’s restrictive size. Harvey worked closely with Public Service of New Hampshire, subcontractors and the gas company to successfully move the lines to their new location.

The new 24,100 square-foot, two-story East Hollis Street fire station was thoughtfully designed to be a highly efficient and pleasant place for fire fighters to live and to work. Features include a high-tech fire alarm and dry sprinkler system, three truck apparatus bays and a PlymoVent® exhaust system for vehicle fumes designed to help maintain good air quality for the fire fighters. The first floor of the station has a training room, gear storage compartments, offices, break room, reception area, lobby and kitchen. The second floor offers fire fighters the luxury of modern living amenities including furnished bedrooms, full bath and shower rooms, a laundry room and a storage room. Thanks to these strategic design details and its convenient location, response time to emergencies has actually improved in the new facility.